How Accident Prone are You ?

Urban myths about some people being “unlucky” or accident prone abound. At one level we accept the idea, but there is always the lingering doubt. Is it just coincidence? Was someone just in the wrong place at the wrong times?

And if there is some truth in it, can we identify those individuals and do something to keep them out of harm’s way.

We are not talking about, for example, the fire-fighter who built a reputation for “being overcome by smoke” at most shouts – and hence was first in the queue for the tea urn!!

But, take the case, recounted to us recently, of a manager who worked in a small first floor site office with a handful of colleagues. One lunchtime, he left the office, closed the self-locking door and headed toward his car- only to find that he had left his key-ring (office, car, home) on his desk.

He could not get back into office; no-one was there. Undaunted, he looked around, saw that he had left the top window of his office open. He found a ladder that was just about long enough for him to reach the window. He climbed up and managed to get his hand inside the window. Then the ladder slipped. He grasped the window frame and his wedding ring got jammed on the adjuster pin of the window. He was left hanging by his finger. Eventually he fell - and was found dead at the foot of the building by his colleagues when they returned from lunch.

A  salutary tale.  And I know you will all shout that he should not have done it and he should have kept to the rules etc.  But, let’s be honest; we are dealing here with (understandable) human behaviour.

The real question is whether something like this was predictable.

Recently we carried out an organisational health and safety diagnostic in a client organisation (approximately 1200 employees) that operates in a hazardous environment and where many of its staff have direct contact with the public.

Team Effectiveness :-
A team of stars or a star team 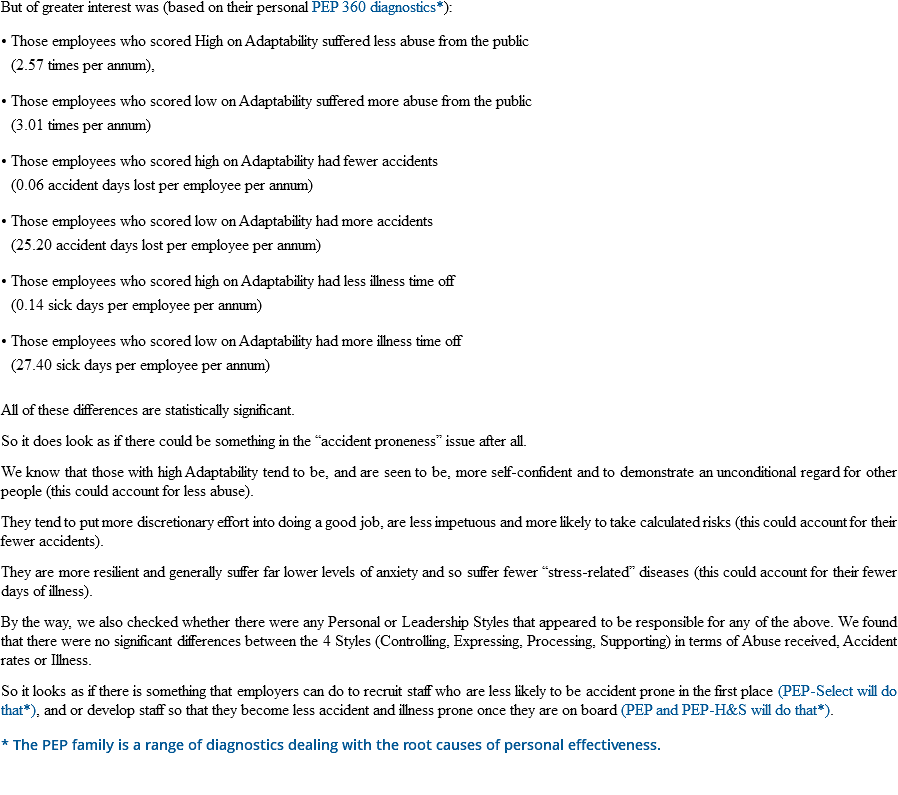